Hemsworth is one of the fittest people in Hollywood. Credit his exhaustive but rewarding workouts.

Ever since he entered the public eye as an actor, Chris Hemsworth has usually made it a point to keep up with his strength training and overall fitness. Between his film work, Hemsworth has spent some of his recent time promoting his workout application, Centr — which he started in 2019, according to an interview with Bloomberg. The latest routine from the man famous for playing Thor in the Marvel Cinematic Universe is a doozy.

On August 25, 2022, Hemsworth shared a 50-rep full-body workout featuring a combination of burpees, squats, lunges, biceps curls, and shoulder presses. The actor appeared to perform the respective exercises by a body of water, which may have again been on the deck of a Navy ship from the recent record-breaking blockbuster, Top Gun: Maverick.

[Related: How to Do the Kettlebell Swing for Explosive Power, Strength, and Conditioning]

Editor’s Note: This article covers a workout published by Hemsworth’s fitness application Centr. muscle breaking is not affiliated with or sponsored by Centr, nor is beholden to any form of public endorsement.

Grab one pair of dumbbells and run through the sequence once, rest for 60 seconds, and complete four more times for five total rounds.

According to the caption of Hemsworth’s post, the workout apparently becomes more manageable as one shifts from exercise to exercise. However, and this seems like an imperative aspect, he stresses not to rest until all 50 total reps are finished. That could indicate the full-body routine emphasizes both strength and conditioning.

“Thanks for the inspiration!” Pratt wrote. “Just did it. Great quick workout.”

Pratt also noted that he used “big rocks” he found on the beach instead of dumbbells before telling Hemsworth that he continues to “inspire” with his fitness work.

This full-body workout isn’t the first related to Hemsworth’s Centr application that the actor has shared recently.

For example, in early July 2022, Hemsworth walked through an intense chest routine predicated on volume in a relatively short amount of time. Then, in mid-August, the actor broke down a functional “minimal equipment” workout that may have taken place in the same naval location as his 50-rep full-body demonstration. A general perusal of Hemsworth’s Instagram will show he makes it a point to periodically post different workouts.

Based on the increasing frequency of the promotion of Centr, Hemsworth might become even more visible in the fitness space very soon. Given that the actor initially started the application as a way to promote healthy habits in the gym and the kitchen, it seems he’s starting to reach his precise and noble goal. 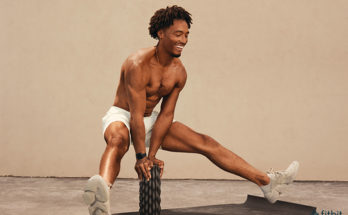 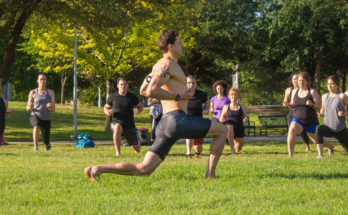 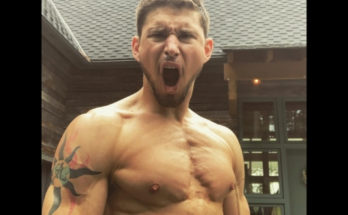