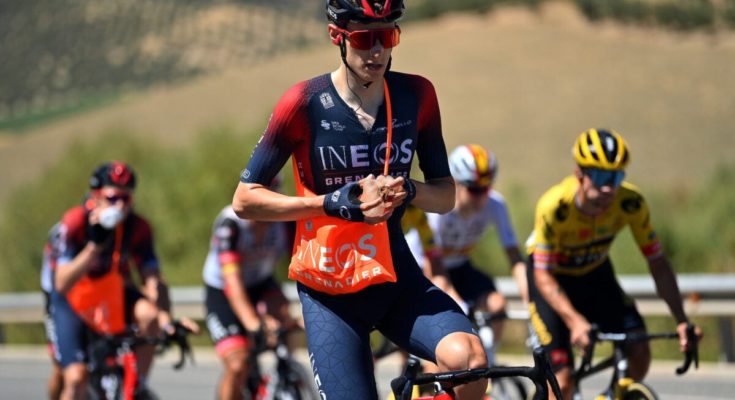 Don’t miss a moment from Paris-Roubaix and Unbound Gravel, to the Giro d’Italia, Tour de France, Vuelta a España, and everything in between when you >”,”name”:”in-content-cta”, “type”:”link”}}”>join Outside+.

Ben Turner, another one of Ineos Grenadiers core group of young talented riders, is staying put.

The team confirmed a contract extension with the 23-year-old through 2026, officials said Wednesday.

“Ben has had an absolutely brilliant first season as a Grenadier and shown us what a tremendous talent he is,” deputy team principal, Rod Ellingworth said. “The way he’s bred and applied himself has been hugely encouraging and we’re very excited for what the future holds for him within our team.

“Ben made an impressive contribution to our successful classics campaign and carried this form right through to his first grand tour. He’s taken to professional cycling very quickly and naturally, and there’s no doubt he has a very bright career ahead.”

A product of the Trinity Racing team, Turner joined Ineos Grenadiers in 2022 and hit the ground running in his rookie season.

He impressed across his debut spring classics campaign, with top-10 results at Brabantse Pijl (fourth) and Dwars door Vlaanderen (8th).

Officials said he played a “crucial role in the team successfully winning Paris-Roubaix with Dylan van Baarle, as the man from Doncaster was 11th on the day.”

The four-year deal will keep him in the UK’s top team through 2026.

“I’ve had a great first year with the team and I’ve absolutely loved racing as a Grenadier. From my very first race, I’ve been encouraged to get stuck in and I like to think I’ve done that with the boys,” Turner said. “The classics campaign was a bit of a dream and I really feel like I’ve improved across the season, leading me to my first Grand Tour at the Vuelta.

“I had no doubt that joining this team was the best move for me and I couldn’t have been more right. I’m so excited to keep developing and racing as a Grenadier.”

We are delighted to announce that @benjeturner has signed a contract extension with the team. pic.twitter.com/8f2ACghT3M