The road to Qatar and international redemption for Marcus Rashford began on a gradient of 15.6 degrees last summer.

While most players were still on the beach, Rashford was at Nike headquarters in Oregon sprinting uphill on an elevated 200-metre track, eventually clocking a personal best of 25 seconds.

A team of fitness coaches and sports scientists had him running with a 50kg weight or bungee cords strapped to his back. 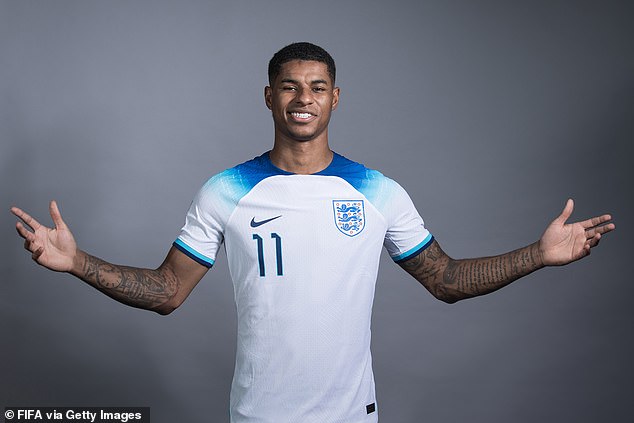 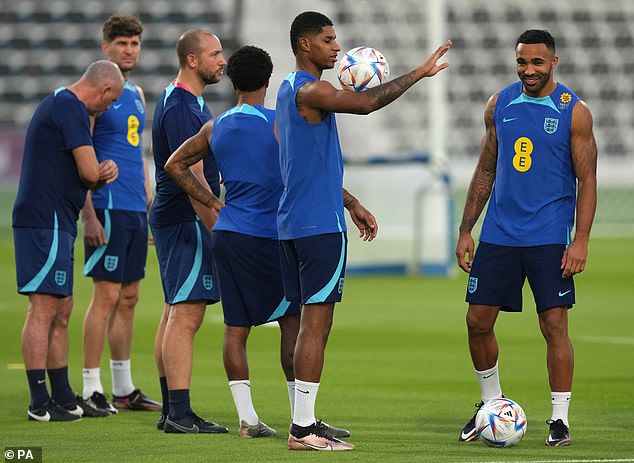 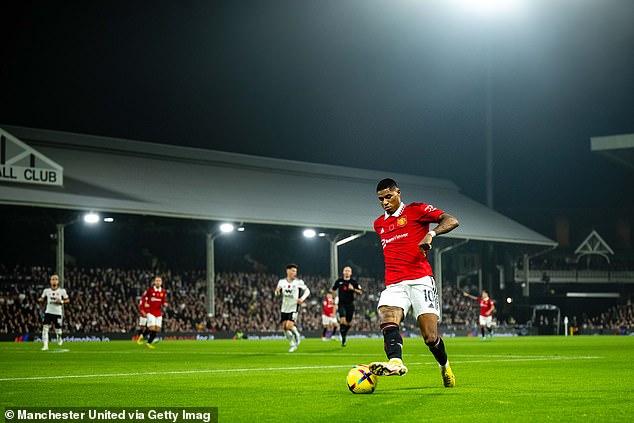 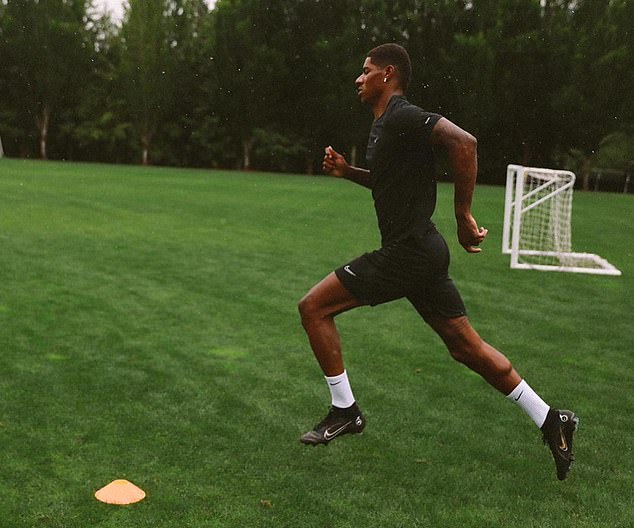 During the off-season, he put in the hard graft at Nike headquarters in Oregon which has paid off

They analyzed Rashford’s sprinting style and changed his posture when they realized he would lean on his back foot before accelerating, costing him a crucial split second.

They scrutinized his foot-eye co-ordination and any black spots in his vision, and discovered that he had a better peripheral view when he turned from his left than from his right.

The Manchester United star was even told to cut back on the number of sports massages he was receiving because it was preventing his body from learning to recover naturally.

Rashford spent his days hooked up to sensors and computer systems at the LeBron James Center in Portland as the team captured the data needed to give him every marginal gain possible.

The aim was to bounce back from the worst year of his career; one which began with the agony of missing a penalty in England’s Euro 2020 shootout defeat by Italy 16 months ago and ended in turmoil at United.

The result is a rejuvenated Rashford. The lost soul who sleep-walked through last season has been replaced by a player who is considerably stronger in body and mind. 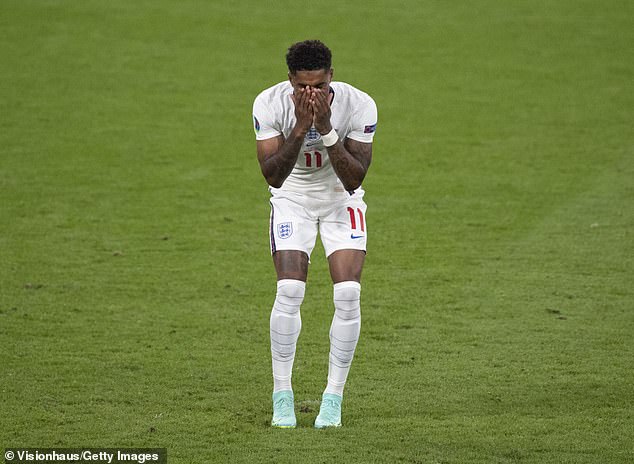 The 25-year-old looks back to his best under Erik ten Hag and is United’s leading scorer with eight goals.

The timing could not have been better for England either, with Rashford’s resurgence earning him an England recall just in time for the World Cup as he touched down in Qatar with Gareth Southgate’s squad on Tuesday.

He has not played for his country since earning the last of 46 caps on that fateful night at Wembley when Rashford came on as a substitute in the last minute of extra-time with the sole purpose of taking a penalty, and then fired his attempt against the foot of a post.

In the bitter aftermath, a young man who had been lauded for championing the nation’s child food poverty campaign suffered racist abuse on social media.

A mural of Rashford, in the Withington area of ​​Manchester where he grew up, was defaced with graffiti. It was quickly obscured by hundreds of messages of support, but papering over the cracks in his shattered confidence was less straightforward. 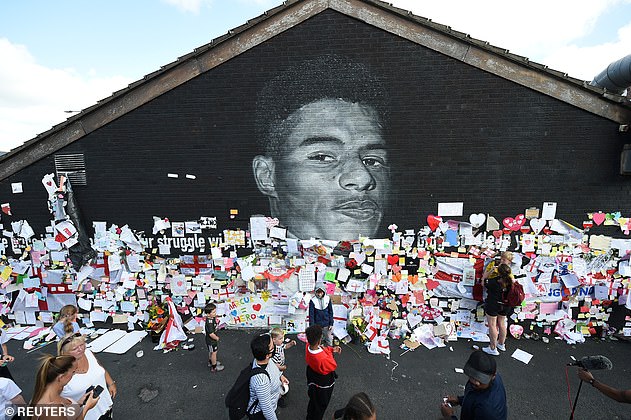 Rashford hid under the covers in bed at his Cheshire home for days after the defeat to Italy and decided to go and see a psychologist.

Physically, he also needed fixing because a troublesome muscle tear in his left shoulder required surgery. While the natural reaction of any footballer to a setback like Rashford suffered at Wembley is to get back on the pitch again as quickly as possible, he didn’t kick a ball again for four months after the operation.

A slump in form when he returned to action amid the meltdown at Manchester United last season inevitably damaged his England prospects. The only call-up since then, for the World Cup qualifiers against Albania and San Marino a year ago this week, ended with Rashford withdrawing through illness.

Up to that point, his England cv was practically unblemished. Rashford was the youngest England player to score on his debut, he went to Euro 2016 less than four months after breaking through at United, and even captained his country in the final friendly before Euro 2020 against Romania when he scored the last of his 12 goals . 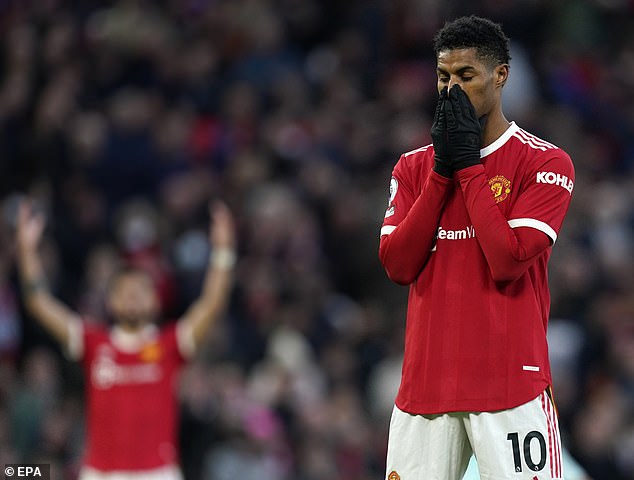 His return from the international wilderness owes much to the hard work in America last summer – not only in Oregon but Los Angeles and New Jersey too – which allowed him to hit the ground running in pre-season.

Rashford’s performances since then reflect that and, like James Maddison, he is one of the form players in this England squad.

He has benefitted from being coached more thoroughly by Ten Hag and, specifically, Benni McCarthy – the former West Ham and Blackburn striker who has joined the Dutchman’s coaching team.

In the week before Rashford scored the winner against West Ham last month with a thumping header – not something previously associated with his game – McCarthy had taken him aside for one-on-one heading practice at Carrington. 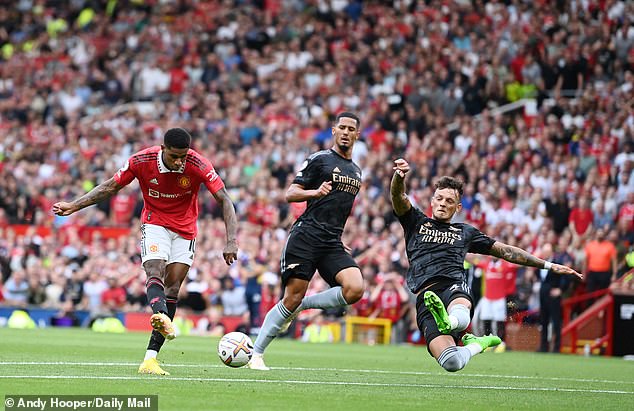 ‘Benni has definitely helped me a lot – he’s always there speaking to us about these things,’ says the player.

Rashford has talked about being in a better ‘headspace’. He feels valued at United again and wants to stay at the club after a dalliance with Paris Saint-Germain.

He is more settled off the pitch as well and announced his engagement to childhood sweetheart Lucia Loi in May after the couple split up last year.

As Rashford has discovered since then, there is always a way back. 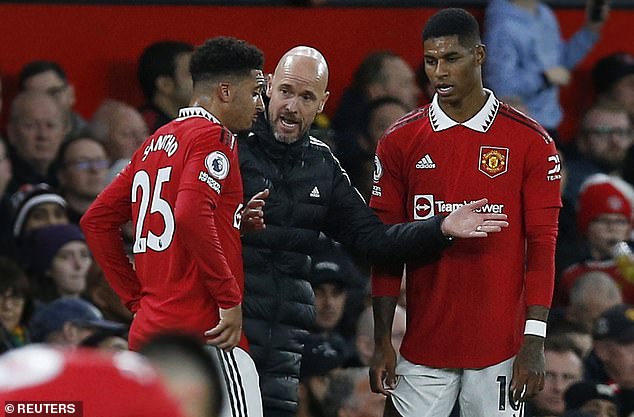