“You know it makes your semen loads bigger,” John said to me on my first morning visiting him and Amanda in Los Angeles.

He handed me a white supplement capsule from a bottle labeled “Zinc.”

In the fitness industry, I’d heard others preach zinc supplements for its testosterone benefits. Although personally I’d never done much research on it, or supplemented with it, except for a bad experience when taking a ZMA supplement.

Perhaps after that, I’d unfairly wrote it off.

Trusting John’s ethos (and assuming his rationale had more to do more than sperm loads) I took the zinc supplement.

“Don’t forget to take your zinc,” John called to Amanda and me as we ate breakfast the next morning.

All right bro, we get it, you’re a big zinc guy.

Two weeks into my stay, John went to New York for a weekend.

“Amanda who’s going to remind us to take our zinc?” I said to John and Amanda as he exited the door on the way to the airport.

When I left LA and came back to New York, I knew I needed to do more research on zinc to decide whether I should actually be recommending it.

Up until that point, my most extensive knowledge of the mineral came from studying it as a part of the periodic table, not for how it interacts with our bodies (and semen apparently).

Zinc And The Immune System

For starters, Zinc plays a huge role in supporting the immune system.

One way to think of it is as the “gatekeeper of immune function (1).

When your body is deficient in zinc, it’s more susceptible to both allergies and autoimmune disorders (2, 3).

Zinc has also shown to decrease the duration and symptoms of the common cold for those who are deficient (4).

A good way to visualize this without getting too much into the science are those old cold-eez commercials where they show a cartoon where the zinc blocks cold viruses and other pathogens from entering your body’s cells. Of course, this is an oversimplification but the takeaway is simple: Zinc is essential for our immune system, and being deficient in it is a problem.

Given the current state of the world, I wondered whether zinc helps with the coronavirus the same way it helps with common colds. The answer here appears to be: we have no idea.

We haven’t done the research given how recent COVID-19 appeared into our lives.

It stands to reason, though, if zinc appears to generally help our immune system, then improving our immune system as much as we can with simple interventions is a low-risk way that might help fight coronavirus should you get it.

But please wear a mask, stay six feet away, and don’t get COVID so we can finally move on with our lives.

The next topic with regards to zinc I wanted to explore has to do with testosterone. Typically in the fitness/supplement industries zinc is promoted as a bit of a testosterone boosterand is even a common ingredient in many t-boosters.

Studies that have shown zinc supplementation can increase testosterone in those deficient (5), but in those already getting enough zinc, it won’t make a difference (6).

This is simple enough. Like a lot of nutrients, more is not better. More is only better if you’re not getting enough, and you reach a point of diminishing (and sometimes contradictory) returns.

Which brings us to the question: am I deficient?

How Common Is Zinc Deficiency?

The FDA recommended daily allowance for zinc is 8mg for women and 11mg for men. But, like most of the FDA’s recommendations, their zinc RDA seems to be on the low end of healthy. Other recommendations go as high as 30mg per day (7).

But, the FDA recommendations say to not go above 40mg per day (8).

Now I’m throwing these numbers at you but I understand they mean absolutely nothing without some context on how much zinc is in certain foods.

Four ounces of red meat has 5mg of zinc. So, if you eat a 12-ounce steak, you’re hitting the RDA and getting half of what’s considered optimal.

If you need help preparing your steak, check out our guide on How to Cook the Perfect Steak.

Oysters are known for their high zinc content, with 30mg for just six oysters. Its exceptional zinc content is why oysters are considered an aphrodisiac. But nobody really eats oysters on a regular basis. Fortunately other shellfish like shrimp have about 2mg for a 3.5 ounce serving. And you’re likely eating much more than that.

Nuts like peanuts, almonds, and cashews all have around 2mg per ounce. Even eggs have half of a gram per egg.

Even foods like cereal are commonly “fortified” with minerals like zinc. A bowl of your favorite childhood surgery cereal has nearly three grams.

So, if you’re having a high-protein diet with lots of meat and eggs, you’re probably getting plenty of zinc.

And, because meat and eggs are staple of the American diet, zinc deficiency generally is rare in North America (9).

However, if you’re not eating meat, eggs, and nuts consistently, you’re more likely to need a zinc supplement. However, if you occasionally eat these foods but aren’t hitting the optimal range, a supplement makes sense.

So, if you’re vegan or even vegetarian, you’re more likely to benefit from a zinc supplement.

Okay, I’m deficient and I know I need a supplement. Which supplement should I take?

Zinc supplements exist in many forms. One of the most common is in a zinc and magnesium combination, called ZMA. But I’ve written about why you shouldn’t take ZMA.

When it comes to supplementing with minerals, and often amino acids too, you have to consider what form the mineral comes in. If you remember from high school chemistry, minerals like magnesium and zinc exist on the periodic table and interact with other atoms to make different substances.

And these forms of the zinc commonly used in zinc, zinc gluconate, zinc sulfate, and zinc acetate, and zinc picolinate aren’t equal in how they’re absorbed by the body.

Zinc gluconate is what’s found in most lozenges like Cold Eeze that have shown to shorten the common cold. So, if you feel a cold coming on that might be the most effective.

Zinc acetate is what’s most often in ZMA supplements, so it’s a no from me.

Generally, however, zinc picolinate appears to be absorbed best by the body.

One study examining healthy people compared absorption of zinc picolinate, gluconate, and sulfate, and among them zinc picolinate was the only form that reliably increased zinc levels (10).

So, for everyday use, zinc picolinate appears to be most effective.

We need zinc. We need it for hundreds of our bodies’ enzymatic processes for overall health and to perform our best. If you’re a frequent meat-eater (or love eating oysters at restaurants, then you’re likely getting plenty of zinc to support your body. So, I won’t be adding it to my supplement regimen.

But, if you’re not, then a supplement can come in handy.

Oh, you can also take zinc if you want to increase the amount of semen if your loads. John was right about that (11). So, if you’re trying to have kids it could help your fertility. Or, I guess if you’re into some crazy seminal fluid stuff in the bedroom, now judgment here.

Read our thoughts on other popular supplements like magnesium, greens powders, and creatine. However, check out the answers to the five most common questions about supplements. 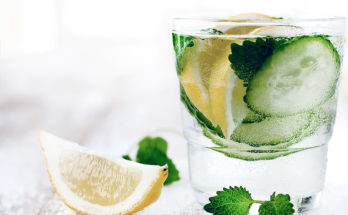